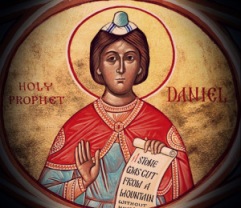 Did Daniel, the Prophet of God, have a health plan? Was it similar to the contemporary movements like Atikins, Paleo, Vegan or some other hip trendy diet? More importantly, was Daniel’s plan anything like the acclaimed “The Daniel Plan” promoted by Pastor Rick Warren of Saddleback Church along with Dr. Amen and Dr. Hymen?

For those of you unfamiliar with Daniel & “his plan” you can read all about it in Daniel 1:8-21.

Daniel did have a plan.

“Daniel resolved that he would not defile himself with the king’s food, or with the wine that he drank. Therefore he asked the chief of the eunuchs to allow him not to defile himself.” Daniel 1:8

What Did Daniel Eat?

The answer to this question would appear to be quite simple.

We should have expected Daniel (a Jew) to have followed the prescribed diet given to the nation of Israel, the…

2 thoughts on “The Real Daniel Plan”