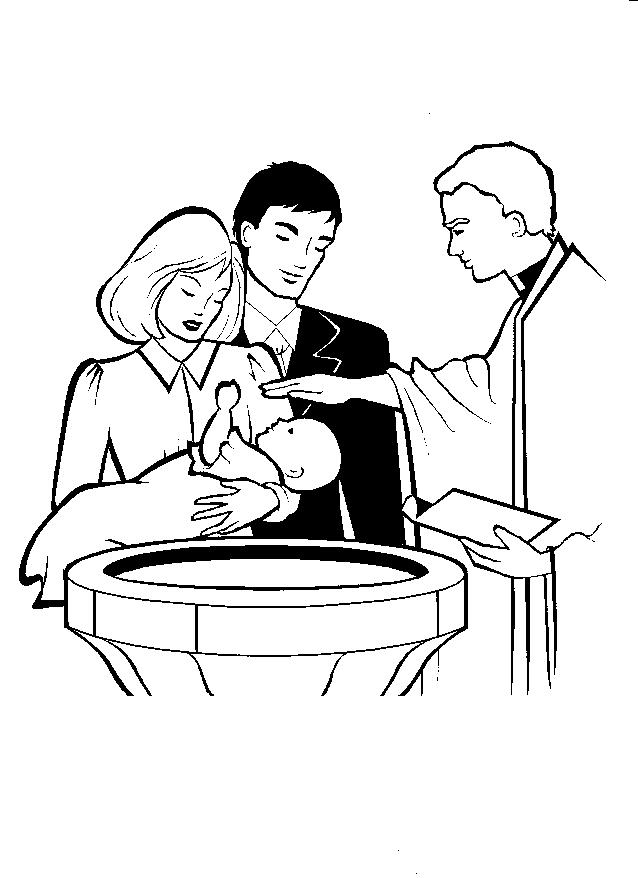 The following stages of reformed paedobaptism can be discerned in history.

Early in the reformation, Luther taught that conversion, faith, and salvation occurs at baptism. The reformed rejected this and argued that baptism was only a means of grace to those who had faith, not to all who received it. Lutherans were right that baptism signified conversion, faith, union with Christ, but not all who receive the sign have the thing signified. We cannot know which is which, so we presume that those who receive the sign have the thing signified. In the case of adults, this presumption is based upon their profession of faith. In the case of infants, this presumption is based upon God’s covenant promise. Ursinus said

[S]ay our [Anabaptist] opponents, the church ought to be satisfied with a profession of faith. This we admit, and would add, that to be born in the church, is, to infants, the same thing as a profession of faith. Faith is, indeed, necessary to the use of baptism with this distinction. Actual faith is required in adults, and an inclination to faith in infants… [I]nfants have the Holy Ghost, and are regenerated by him… In as much now as infants are fit subjects for baptism, they do not profane it as the Anabaptists wickedly affirm.

Baptism, which requires faith, is not profaned because the Holy Spirit can and does work faith (or the inclination of it) in infants. See Presumptive Regeneration: An Untold Story.

2. Baptism is based on external holiness

Fast forward a hundred years to the Westminster Assembly where “The Grand Debate” between Congregationalists and Presbyterians took place. The Assembly was filled with Puritans who wanted to “purify” the Church of England from corruption – including corruption of the Lord’s Supper. Some have called these men “disciplinarians” because they advocated barring unworthy participants from the Lord’s Supper.

Within this context, Congregationlists argued against the national church, saying the reformed had not reformed enough. They said the national church was filled with adult “known unbelievers” who should not be considered members of the church – and therefore their children had no right to be baptized. This would nullify the national church model, wherein birth in the country granted one a right to baptism (their baptism was used as a birth certificate).

Presbyterians, continuing in line with the “magisterial reformation” sought to defend the national church, but this required a shift in belief about baptism and the church. The only way “known unbelievers” could remain members of the church and have their children baptized is if faith (actual or an inclination) was not a prerequisite for baptism and church membership. They argued that the covenant promise only referred to “external,” “federal” holiness, not to “inherent” holiness and faith. Thus there was no basis to presume infants or adults in the church had saving faith, and therefore no reason to exclude them. “Known unbelievers” were not allowed to partake of the Lord’s Supper (they were not “communicant members”), but they were still members of the church.

Debate on the floor of the Assembly is recorded in the Minutes. Thomas Goodwin (Congregationalist) argued

I do not know what distinction you will make betwixt federal and real holiness. It is such a holiness as if they die they should be saved. Whether a holiness of election or regeneration I know not but I think it is they have the Holy Ghost… I do not affirm that they are actually saved, but we are to judge them so.

Goodwin responded that “I am thy God and the God of thy seed” refers to inherent holiness. In one of his books, Rutherford argued that it did not.

If the root be holy, so also are the branches (Rom. 11:16).  Now this holiness cannot be meant of personal and inherent holiness, for it is not true in that sense.  If the fathers and forefathers be truly sanctified and are believers, then [it would follow] are the branches and children sanctified and believers.  But the contrary we see in wicked Absalom born of holy David, and many others.  Therefore, this holiness must be the holiness of the nation, not of persons…

[If the Congregationalist view is correct] it will follow that God speaks (Gen. 17) only to Abraham and his sons by faith (according to the promise) and only to believers.
But God speaks to all Abraham’s sons according to the flesh:
Because [otherwise] God should speak an untruth: that He were a God by real union of faith to all that are commanded to be circumcised.  For He commanded thousands to be circumcised to whom He was not a God by real union of faith…

But I fear that these who will have none baptized but the children of believing parents aim at this: that the faith of the father is imputed to the children (which indeed reverend Beza does maintain).  Or something worse: that infants are not to be baptized at all, seeing they oppose the places that we cite for the lawfulness of baptizing infants.

This became the standard Presbyterian view. The visible and invisible church were formally separated and corresponded to an external covenant and an internal covenant. Bannerman summarized it thus:

This external relationship, in which the members of the visible Church stand to Christ, as having been brought into a Church state from out of the world, has been often spoken of by theologians under the name of an external covenant or federal relationship…

[T]he principles in regard to the visible and invisible Church already indicated have a very important bearing on the question of the lawfulness or unlawfulness of Infant Baptism… [T]he doctrine of the visible Church and its external covenant relationship to Christ, lays the foundation for those views of Church membership which justify us in regarding the infants of professing Christians as entitled to share the communion and privileges of the Church.

3. Infant baptism is based on external holiness, but adult membership presumes inherent holiness

In time, most Presbyterians (especially in America) came to reject historic Presbyterian ecclessiology (the national church). They followed the Congregationalists and held that a presumption of inherent holiness was required for membership in the church. But, with regards to infants, they still maintained that they should be baptized on the basis of an external, not inherent, holiness. Therefore infants should not be presumed to have inherent holiness, like adult members are. As R. Scott Clark explains “A baptized member is a sort of provisional membership. They are members but they are so with the expectation that they will make profession of faith [when they grow up].” The PCA Book of Church Order added a provision (56-4.j) not included in the original Directory of Public Worship.

By virtue of being children of believing parents they are, because of God’s covenant ordinance, made members of the Church, but this is not sufficient to make them continue members of the Church. When they have reached the age of discretion, they become subject to obligations of the covenant: faith, repentance and obedience. They then make public confession of their faith in Christ, or become covenant breakers, and subject to the discipline of the Church.

Thus modern reformed paedobaptism is a hybrid of the two above views. It rests upon a dichotomy between infant and adult membership. They are not members on the same basis. William Cunningham candidly admitted

It has always been a fundamental principle in the theology of Protestants, that the sacraments were instituted and intended for believers, and produce their appropriate beneficial effects only through the faith which must have previously existed, and which is expressed and exercised in the act of partaking in them…

[I]t is quite plain to any one who is capable of reflecting upon the subject, that it is adult baptism alone which embodies and brings out the full idea of the ordinance, and should be regarded as the primary type of it…

We have no doubt that the lawfulness and the obligation of infant baptism can be conclusively established from Scripture; but it is manifest that the general doctrine or theory just stated, with respect to the import and effect of the sacraments, and of baptism as a sacrament, cannot be applied fully in all its extent to the baptism of infants… [I]nfant baptism is to be regarded as a peculiar, subordinate, supplemental, exceptional thing, which stands indeed firmly based on its own distinct and special grounds…

Some men seem to shrink from laying down the position, either that the sacraments, or that baptism, should be held to be intended for believers, and of course to require or presuppose faith and regeneration, because this leaves out and seems to exclude the case of infant baptism… The giving undue prominence to the special case of infant baptism, is very apt to blind men’s eyes to the strength of the evidence, that baptism in its general import and object – that is, adult baptism in its legitimate use – implies a profession of faith in Christ, and can therefore be rightly received and improved only by believers…

[T]he full and adequate idea of a sacrament, as exhibited in adult baptism and the Lord’s Supper, does not directly and thoroughly apply to the cast of infant baptism.

In this way modern Presbyterians oppose the idea that infants are presumed regenerate. Cunningham notes “neither parents nor children, when the children come to be proper subjects of instruction, should regard the fact that they have been baptized, as affording of itself even the slightest presumption that they have been regenerated.” Of course, the problem with this view is obvious: it teaches two baptisms, not one.

More recently, some paedobaptists have recognized how divergent this modern view is from the original and how much ground is has conceded to baptists. They see the modern view of infant baptism as little more than a “wet dedication.” The Federal Vision movement is in large part a reaction to this. They consider modern Presbyterians to be much more in line with Baptists. The FV is contrary to the Westminster Confession and is not strong on historical theology, but others have likewise recognized the divergence and have pushed for a return to the original (#1) view outlined above. For example, in a Reformation 21 article, Mark Jones argued for Thomas Goodwin’s view. These men are ruffling the feathers of modern Presbyterians who hold to #3. Of course, as Rutherford and other Presbyterians argued, #1 ultimately forfeits the grounds for infant baptism at all.

We can also throw Meredith Kline’s new formulation of infant baptism into the mix (see here and here). He said the reformed have been wrong to base infant baptism on God’s promise (what he calls “a confusion”) because that promise is only to the elect. Infant baptism is not based on God’s promise. Rather, it is just simply a result parental authority over children. As long as our children live “under our roof” they are Christians and should be baptized. He said “One on this approach doesn’t face all of the awkwardness and embarassment that we make the basis of their being baptized because they are holy in Christ.” He said “The baptists are right there. Their criticism of the traditional Presbyterian argument is correct.”

So when you are talking to a paedobaptist, make sure to find out which one of these views they hold (they are probably unaware of the distinctions). There is quite a variety out there today and disagreements become much more convoluted & intricate than the above. Obviously this just provides some categories and contours for analyzing the issue. It’s not exhaustive. Hopefully this brief sketch will help make sense of some of the claims and the views you may encounter. It also illustrates how infant baptism has always been a practice in search of a theology.

20 thoughts on “The Evolution of Reformed Paedobaptism”